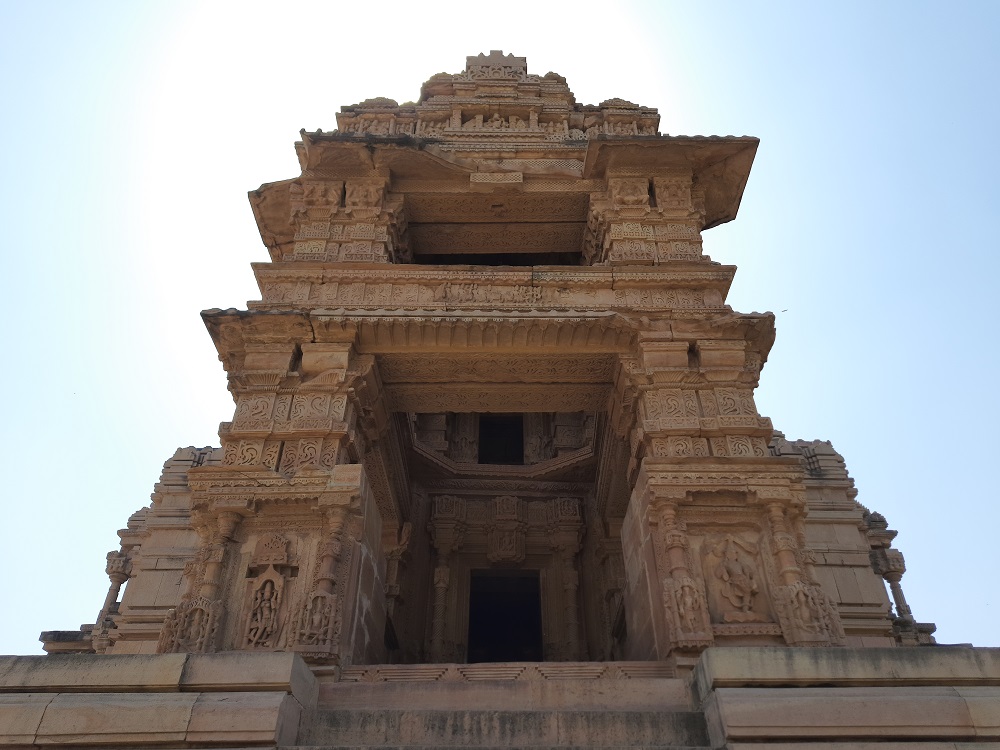 The famous fort of Gwalior consists of many beautiful palaces and temples inside its premises. All the temples and palaces are worth a watch. One such temple is the Sas-Bahu temple also known as Sas-Bahu Mandir, Sahasrabahu temple, or Harisadnam temple

Sas-Bahu temple is dedicated to the Hindu god Lord Vishnu, sitting in his Padmanabha form lies to the east of the Gwalior Fort, which is very famous for its architecture and structure but also because of its exciting and deep history and story.

The temple’s construction started in 1092 A.D. The locals also say that by merely visiting this temple one can offer their prayers to gods and goddesses who are there in heaven. This is the holiness and sacredness of the temple.

This temple is 32 meters long and 22 meters wide. There are 3 doors that are built-in in 3 different directions leads one inside the temple. There’s also a 4th door which is close in the current time. Carved figures have been made on the walls of the temple, pillars, and ceilings, which leaves one mesmerized on the sight.

The story behind the construction of the Sas Bahu temple in Gwalior started in the year 1092 AD.

After some time, the queen’s son got married and her daughter-in-law worshiped Lord Shiva. Now the king and queen has to fulfill the needs and demands of her daughter in law.

With the influence of King’s and Queen’s daughter-in-law, they built a temple of Lord Shiva near the previous temple built for the queen.

Later, both the temples were jointly called Sahastrabahu Temple. After some time the Sahastrabahu came to be known as the famous Sas-bahu temple of Gwalior fort.

According to another legend, the temple was named Sas-Bahu Mandir after the queen and her daughter-in-law, because in India Mother-in-law called as “Saas” and daughter-in-law as “Bahu”. So, both the temples was built for them that is why collectively they are know as “Sas-Bahu” or “Saas-Bahu Mandir”, one is devoted to Lord Vishnu and the other is to lord Shiva.

This Saas-Bahu temple is a group of 2 temples that were built in the 11th century by King Mahipal who was the king of the Kachchhpaghat dynasty.

Do you know what is attractive in those temples?

There were diamonds on the main door and inside walls of this temple, absolutely real diamonds, Imagine what could have been the aura of that temples at that time. But, Unfortunately, these decorative diamonds were later taken down by the Muslim rulers.

It is said that these diamonds used to shine so brightly that they brightened up the temple at night, right in front of the temple, a pillar of the torch was lit and When his light fell on the diamonds, there was light everywhere in the Saas bahu temple in Gwalior.

King Mahipal build the 2nd temple which was devoted to Lord Shiva for his beloved wife when he got married.

The Vishnu temple is two-storeyed, which today stands with the support of pillars because due to the earthquake, there were cracks in the temple. Also near the temples, there is a battery house i.e. ammunition house, where shells were kept in the middle of the sixteenth century, and enemies were attacked from the same place.

There came a time when Kachchhpaghat was betrayed by the Pratihar dynasty and snatched the fort, till his reign, these temples were the same as they were built, but later when the Muslim rulers came to India, they conquered Gwalior, then they ruined this beautiful Sas-Bahu temple of Gwalior fort.

The idols of deities kept in the Sas-Bahu Temple were thrown down from the fort and the artifacts on the walls were destroyed with swords so that no one sees the remains of the idols.

For almost 3 centuries, this temple was covered in ruins and plaster, later at the time of the revolution of 1857, when the British won the fort, then two British archaeologists came to India, and in 1891 under their rule, they engaged with these temples for 12 years. British archaeologists also removed the plaster with the help of chemicals and then it was brought back to its original/historic form.

Even after facing a lot of oppression from Muslim rulers, this Sas-bahu temple is very beautiful even today, even though their idols were thrown, but the walls of the temple still tell their faith.

So there are a lot of places in India that are just waiting for you to come and visit them, and also relish the history and story which is associated with them. Sas-Bahu temple in Gwalior is one such place. Never ever try to miss this astounding place.