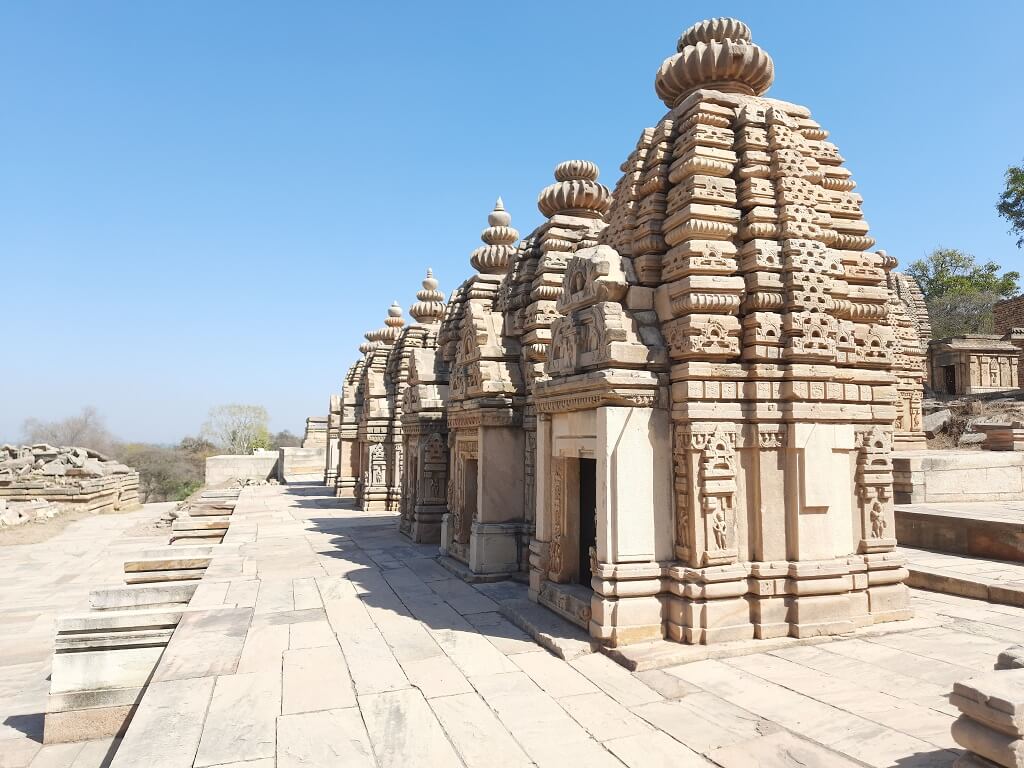 It is astonishing to see 200 temples of different sizes together in the dense forests of Chambal, about 30 km from Morena city of Madhya Pradesh. This beautiful living structure is not very well known and isn’t popular like other sites.

But in the eyes of archaeologists, this place is a great find.  This is the only place where 200 temples are being seen together. In India, you don’t see so many temples together anywhere else.

But talking about current position of Bateshwar group of temples, most of these have now been turned into ruins. It is also said that seeing the condition of these temples, it seems that they must have been destroyed in an attack but some historians believe that these may have been destroyed due to earthquake.

The region is mentioned in historical literature as Dharon and Parvali. It is also believed that the grand group of Bateshwar temples is built using accurate Vastu Shastra and caste financial rules.

The architecture of the temples is something that’s worth a watch. You can find Bateshwar Temple’s structure similar to Khajuraho temples. Spread over 25 acres of sandstone, most of these Hindu temples are dedicated to Lord Shiva.

Also there is a statue of lord Hanuman between the temples in which he can be seen walking with his feet to Kamdev and Rati.

A brief history of Bateshwar group of temples 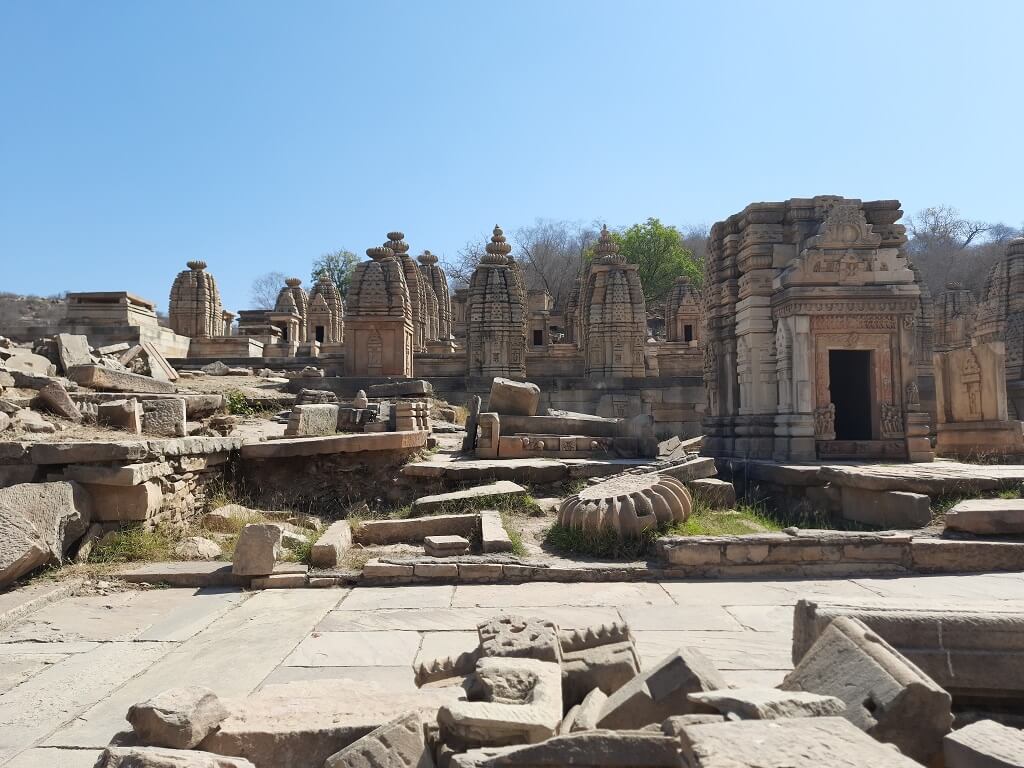 According to archaeological finds, these temples were built around the 4th century. But some other historians believe that they were built between the 7th and 10th centuries.

A deep history is associated with the construction of 101 temples of Shiva at Bateshwar. Two kings- Bhadawar and king Parmar were good friends. Both of their queens were pregnant and it was decided that  the  whoever had a daughter would marry the son of the other.

Daughter was born to both of the kings. King Bhadavar informed Parmar that he had a son. The king did not know the proof of his falsehood. So king Bhadawar asked Parmar to wait for the children to grow.

When the daughter of King Bhadavar came to know that her father had lied to King Parmar with a promise to marry her girl, she started worshiping Lord Shiva at this place called Bateshwar to fulfill her father’s promise.

When the news of King Parmar was recieved  by King Bhadavar that now the marriage should be done soon, then the daughter of King Bhadavar started doing penance to keep her father’s honour and due to not listening to her request, she jumped in the Yamuna river to save her father’s dignity.

The miracle of worshipping  Lord Shiva happened and she was born in the form of a male at the same place and thus for the same reason king Bhadawar built 101 temples at this place, which is famous today by the name of Bateshwar. 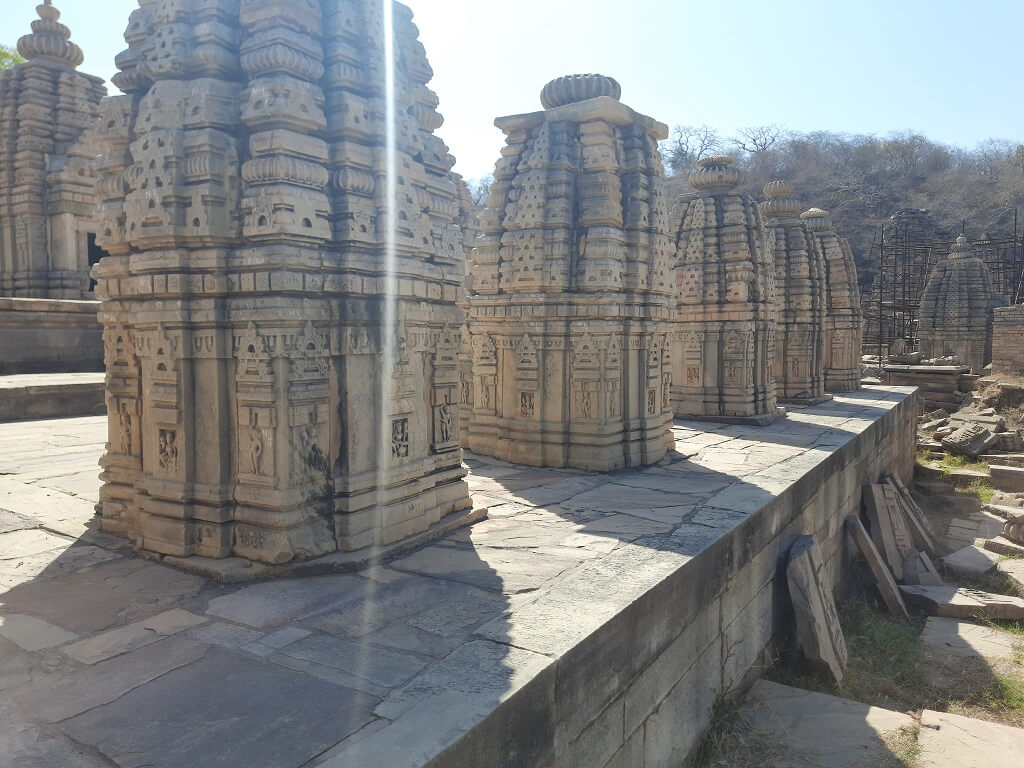 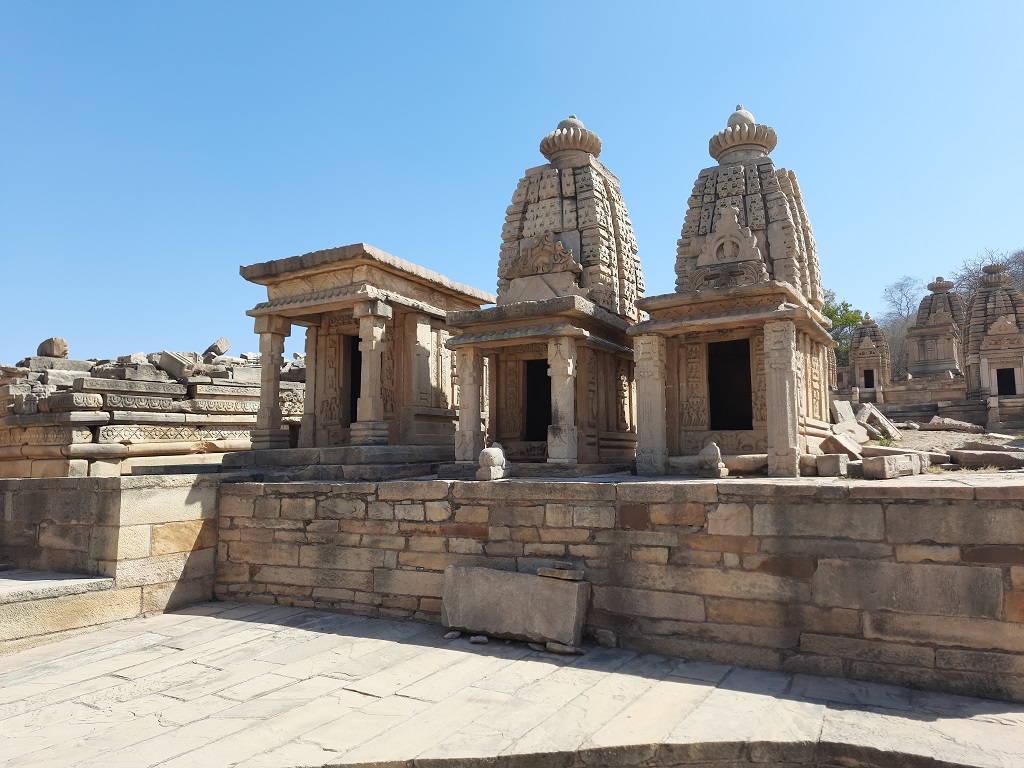 During the time of Akbar, Bhadauria Rajput used to rule here, it is said that once Raja Badan Singh, who was the then ruler of this place, went to meet Akbar and while inviting him to come to Bateshwar, he told Akbar that in order to visit Bateshwar, he need not have to cross the river Yamuna to reach Bateshwar from Agra.

But in reality it was opposite. When he returned to Bateshwar, Raja Badan Singh became very worried that now Akbar will think of him as a liar so he changed the stream of Yamuna from east to west and diverted it to the other side of Bateshwar.

And so the city was not harmed by the stream of Yamuna a mile long, and excellent ghats were constructed on the river bank. The Ghats of Bateshwar are famous for the same reason that the range of the ghats have gone a long way.

Due to diversion of Yamuna’s stream, there is a detour of 19 miles. After the fall of Bhadauria dynasty, the Maratha rule was established in Bateshwar in the 17th century.

During this period, Sanskrit learning was more prevalent there, due to which Bateshwar is also called Choti Kashi. The present Shiva temple in the group of temples in Bateshwar is very huge and grand.

In a temple there is a 6 feet high idol of Parvati decorated with gold ornaments, which is counted among the most beautiful idols of India.

Talking about group of temples of Bateshwar and mentioning ‘Chambal me daku’ will make this article incomplete. Chambal’s dacoits earlier used to live in this area only and it is because of them that these temples are saved.

KK Muhammad talked about Nirbhay Singh Gujjar and about his and his mate’s cooperation with ASI in rebuilding the temple. Talking about present situation these dacoits have given up their guns and evil minds and now Bateshwar temple is ready receive visitors and tourists.

The time has come to witness the history with our naked eyes and admire these group of temples at Bateshwar. Let’s start visiting to places like these and save India’s greatest history and legacy.

Dive into the history of Sun Temple in Gwalior

Everything you want to know about Tansen