Kolkata the third largest city of India and capital of West Bengal. Kolkata is known for the grand colonial architecture with holding lots of cultural festivals. also known as the city of joy where it is divided by the branch of Ganga also known as Hooghly.

It is the city where the east India company founded its trading post from 1773 to 1911. It is the city that gave eminent personalities like Ravindranath Tagore, Swami Vivekanand, and Kishore Kumar and if I talk about today’s era then Arijit Singh, Shreya Ghosal, Mithun Chakraborty, Rani Mukherji, Saurabh Ganguly, and many more people.

It is the first city of India where underground metro was established and the only city in which roads is not just used by cars, buses and bikes but also Tram makes its way through that road in the whole city giving you the joy that you have searched for.

The Iconic Durga Pooja Kolkata is so famous that not only India but it has been the best tourist attraction from the whole world.
So, with all this about the introduction of Kolkata I wanted to convey my message to the readers that Kolkata is not just a normal city that you are thinking it is much more than that and I will tell you the best way by which you could enjoy Kolkata in one day or in multiple days, whatever you like the best.

Suppose it’s your first day at Kolkata! Wondering what to do? then don’t worry about that I will tell you the ways that I like the most so starting with 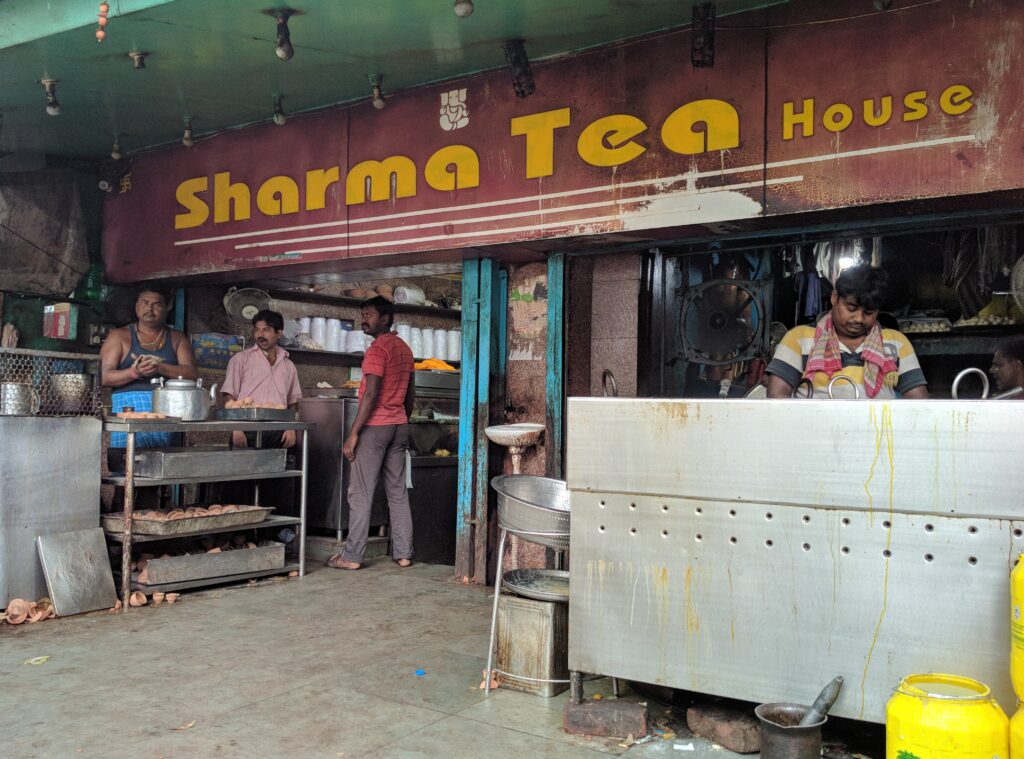 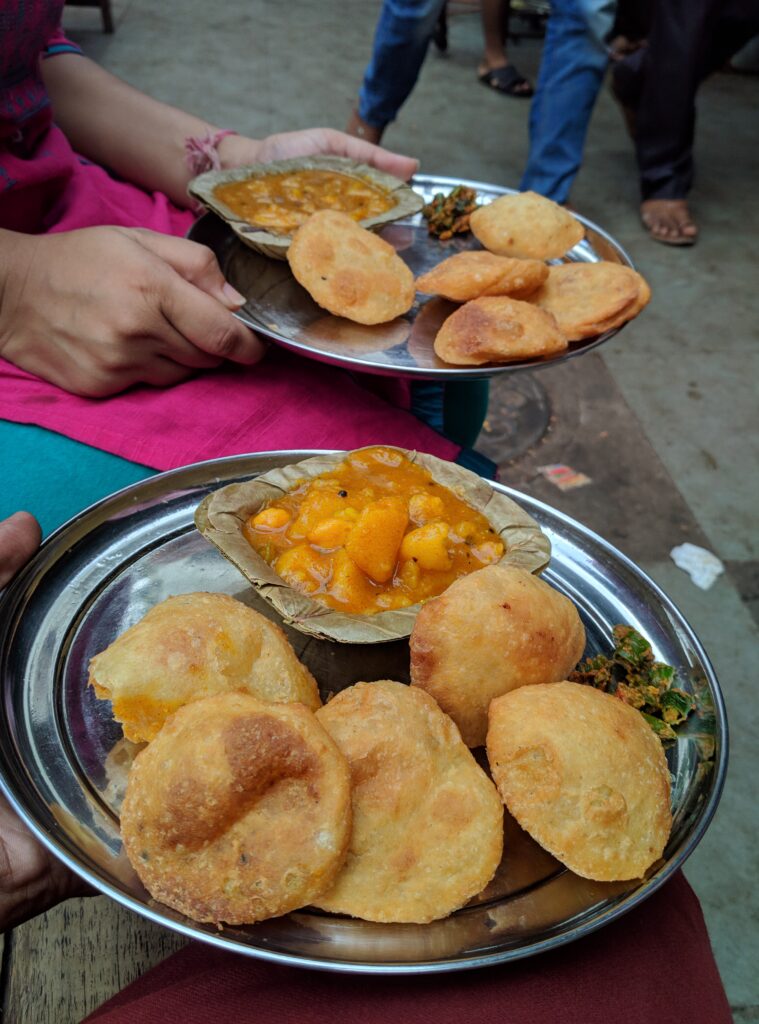 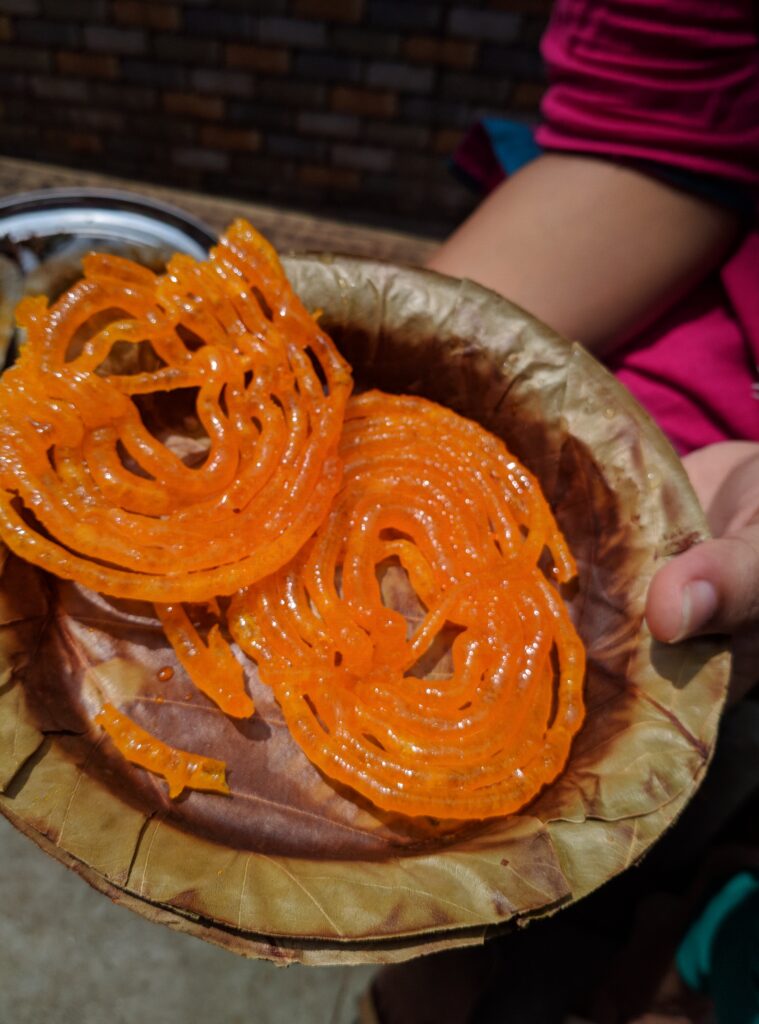 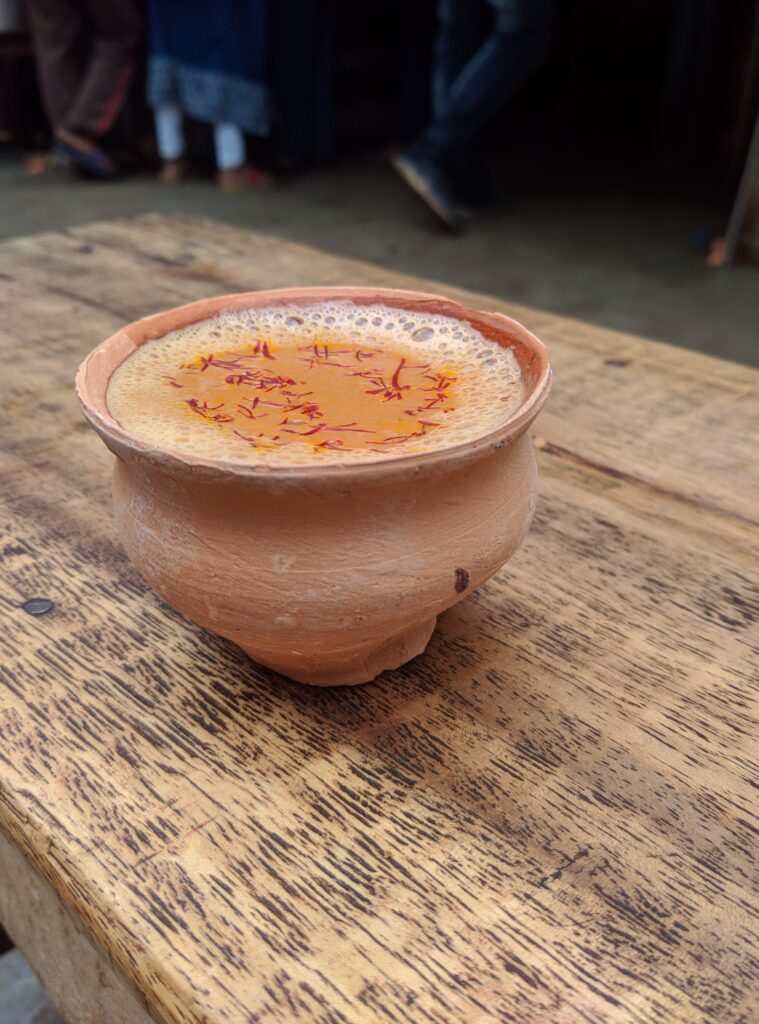 Now probably it would be morning time and you may be hungry and waiting for the staggering breakfast, then take a cab, bus, rickshaw or whatever you like the best and reach to Sharma Tea House, 5/6, Sambhunath Pandit St, Bhawanipore. You will be astonished to see a 100 years old shop serving the same food with the same taste. Take a full plate “Kachori and Sabji”, “Kesar Tea” and last but not the least their famous “Jalebi”. After having this breakfast I guarantee you will fall in love with this shop.
Location: https://goo.gl/maps/PXB4ybagLp5DWGxP6 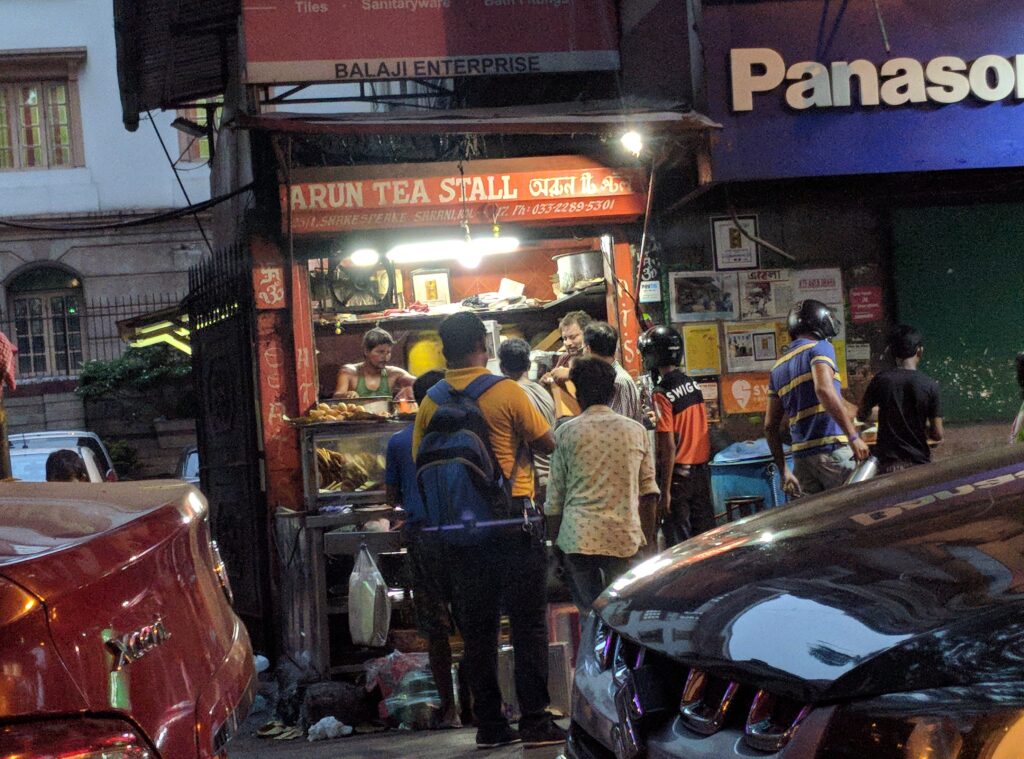 An astounding shop running from 1oo years before the independence of India and providing a staggering taste of food using a tiny shop where space is not even there to stand properly for them. This shop could be the alternative of “Sharma Tea House” providing the same variety and menu of food. Don’t worry about the cost of the food they provide cheaper food nearly 30Rs plate of “Kachodi and Sabji”. Albeit Kolkata is a much cheaper city than other cities of India.
Location: https://goo.gl/maps/jujzP3kG1LeAMWBR9 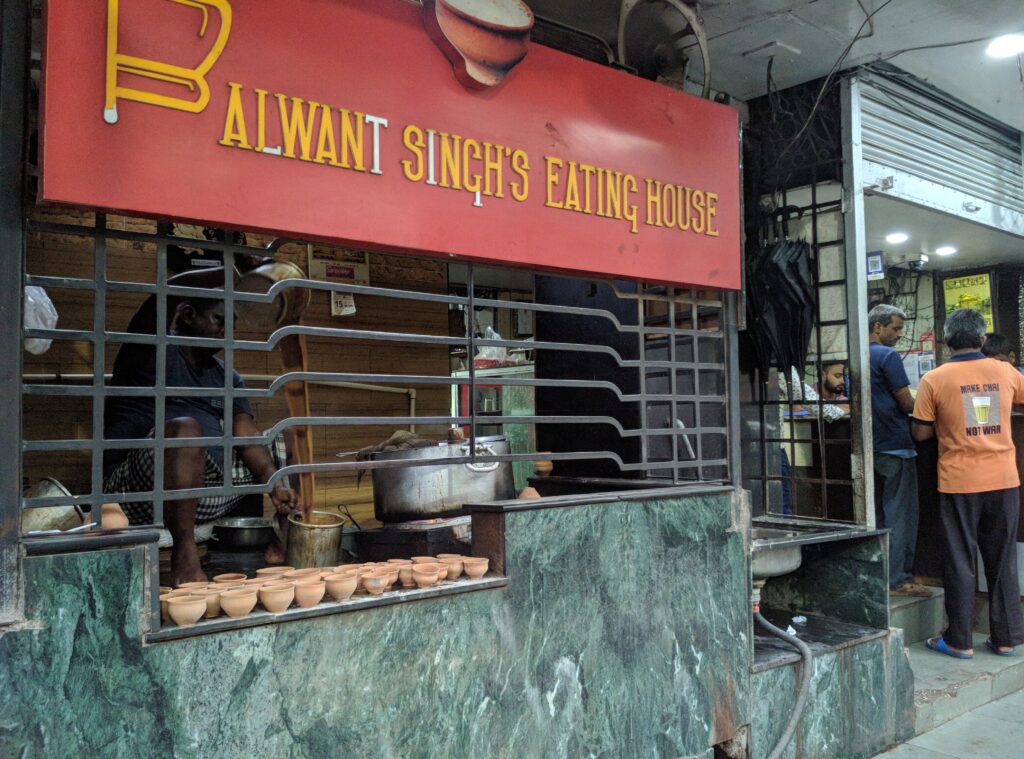 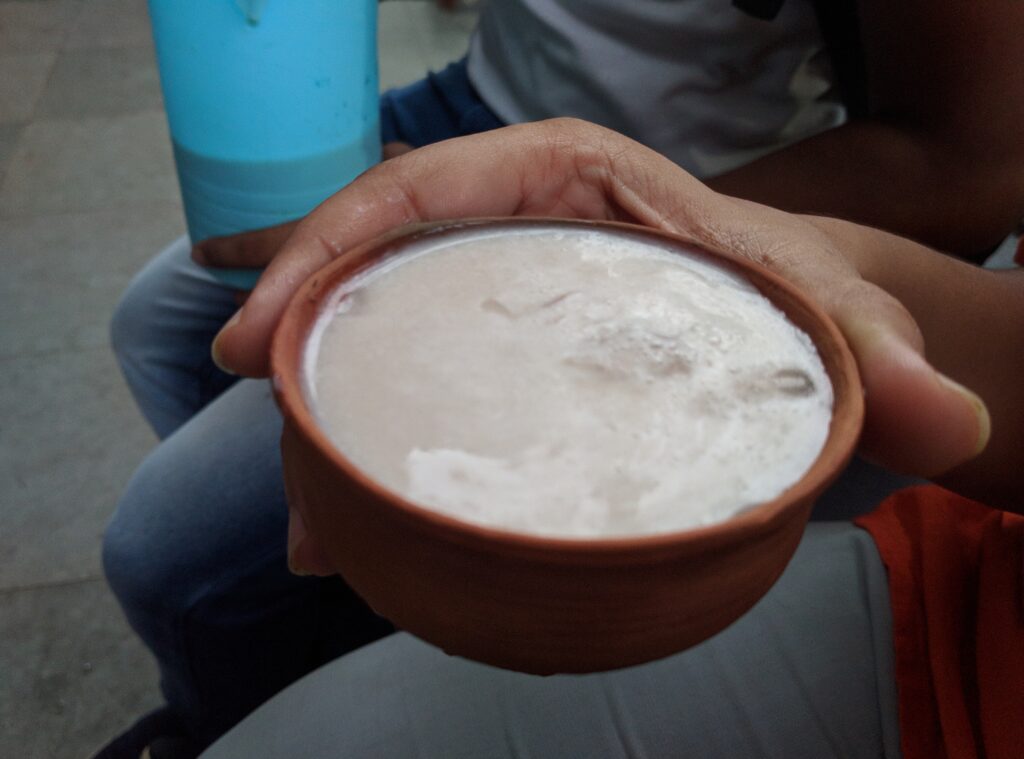 If you are the person who loves to try new things then this eating house is for you. They provide a special thing that maybe you are not gonna find it anywhere in this world and that eminent thing is “Doodh Cola” which is made by the mixing of Milk and Cola together and having a unique taste. But there is a problem, they provide 1 liter of “Doodh cola” and not less than that with the cost of 150Rs. so if you are with a group of people then surely you need to try this and you will love it. I loved the taste of “Doodh Cola” and also the tea which they provide.
Location: https://goo.gl/maps/2mPiVuhzxBhDKP8R6

After having breakfast maybe you are fully packed. so to digest your food take a walk of 1.1 km from “Balwant Singh Eating House” or “Sharma Tea house” (both are very close to each other) to reach the Victoria Memorial.
Wondering What is it? don’t worry I will tell you briefly about the Victoria Memorial. It is a Memorial dedicated to queen victoria in 1906-1921. It is built with white marble and here you will find tons of history related to Kolkata and West Bengal.
Opening time: 10 A.M to 6 P.M (Closed on Monday and National Holidays)
Location: https://goo.gl/maps/jUMu4NbjfgmZ1B1p6 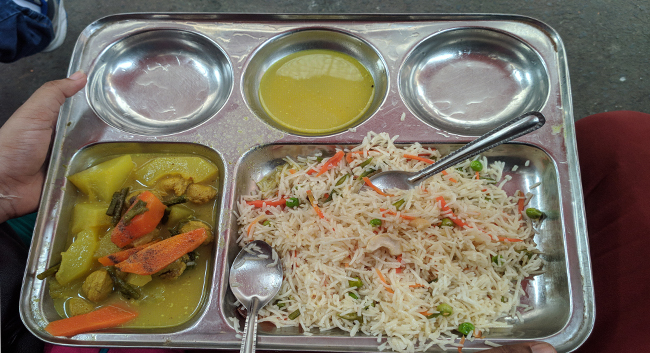 After completing your visit to Victoria memorial some rats maybe jumping in your stomach for some tasty food. Probably you would be wondering what is the best place to have your meal and there are many restaurants waiting for you to have your lunch but what would be the difference of staying in the historic city to staying in some other city if you are not taking your meal from the oldest shop. And according to me, you should visit Dacres lane to complete your lunch. Here you can find famous chicken stew and Veg stew and many other things that are going to make your day. Note that in Dacres Lane shops like “Chhota Babur Dokan” running since from 80 years. They don’t use lots of spices in food but boiled food with Kadak tea.

Done with lunch? Now leave some space in your stomach because the good is yet to come. The time has come where the famous “Misti doi” and “Rasogulla” of Kolkata came into the picture. K.C das the famous sweet shop Kolkata that provides you with the wonderful experience of “Misti Doi” and “Rasogulla”. Grab this and make your afternoon a little more interesting.

Also known as the Dharamtala in the local language of Kolkata. It is the place where you could get a bus anywhere inside west Bengal (Interstate buses are found in Babughat bus stand). After completion of your lunch and some sweets from the K.C Das, its time for shopping and Esplanade area provides you a more variety of shopping experiences at a very cheap price that you can not even think of.

Done with your shopping experience in a famous market of Kolkata? Now according to cohort of local people of West Bengal I will give three option. You can choose anyone out of three or if you have a lot of time and want to enjoy more in Kolkata then visit all three. But choosing one would be better otherwise you have to skip your dinner. Those three options are below. 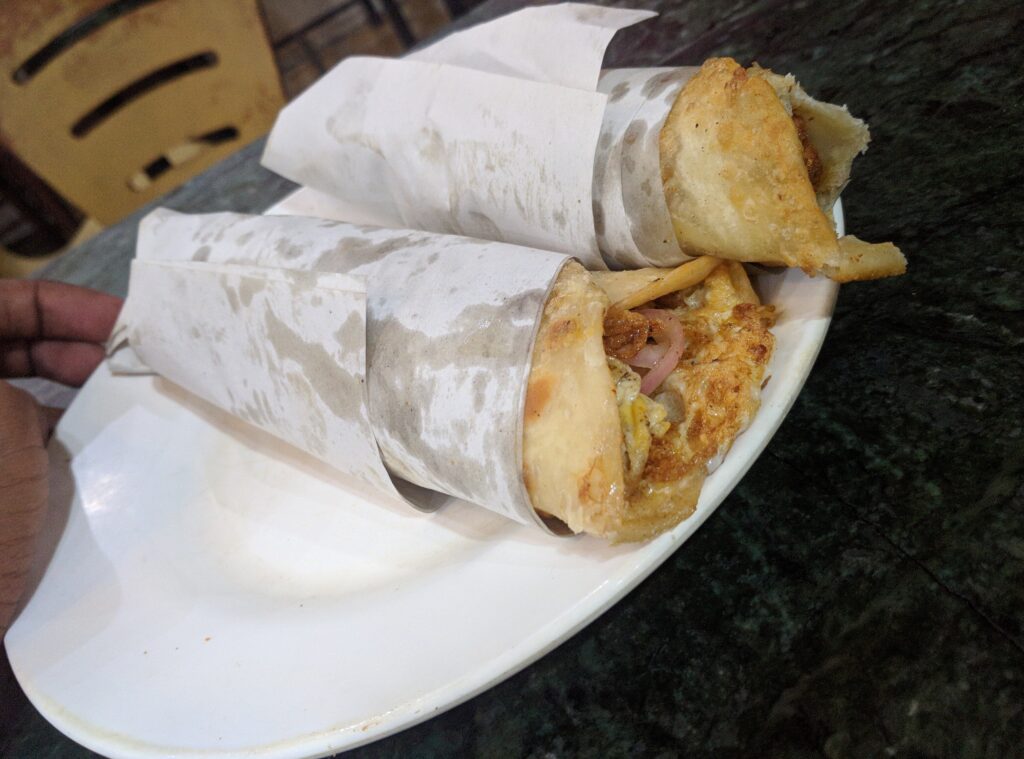 Although you can get many varieties and tastier Kathi rolls all around the Kolkata but I am talking about Nizam’s because you will be shocked to know that wherever you eat Kathi roll in India is invented by these people. Think about eating Kathi roll from where it is invented and spread all over places. Nizam’s not only making Kathi roll but many other food items, try them also. 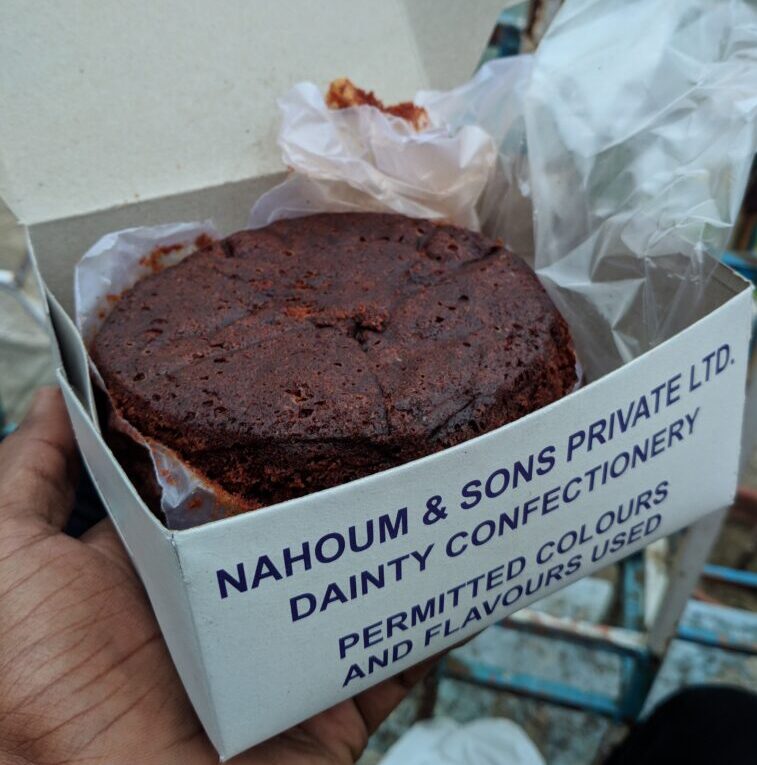 Again an ancient shop providing its famous fruit cake that is famous not only in Kolkata but all over India. They are also running their shop before the independence of India. After eating fruit cake you cannot stop yourself to appreciate this legendary and traditional fruit cake. Not only fruit cake but try their other foodstuff also, maybe you could find a new treasure. You have to buy the full cake and they don’t give a piece of it to taste. The cost of the fruit cake is 300 Rs and not less than that

Coming to the last option of our evening snacks, this sweet shop provides you things that are famous all around west Bengal. 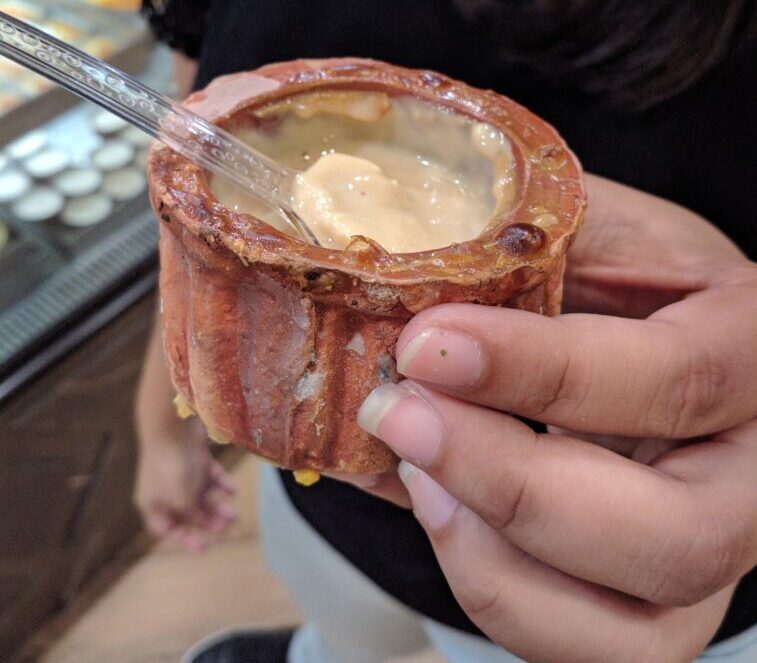 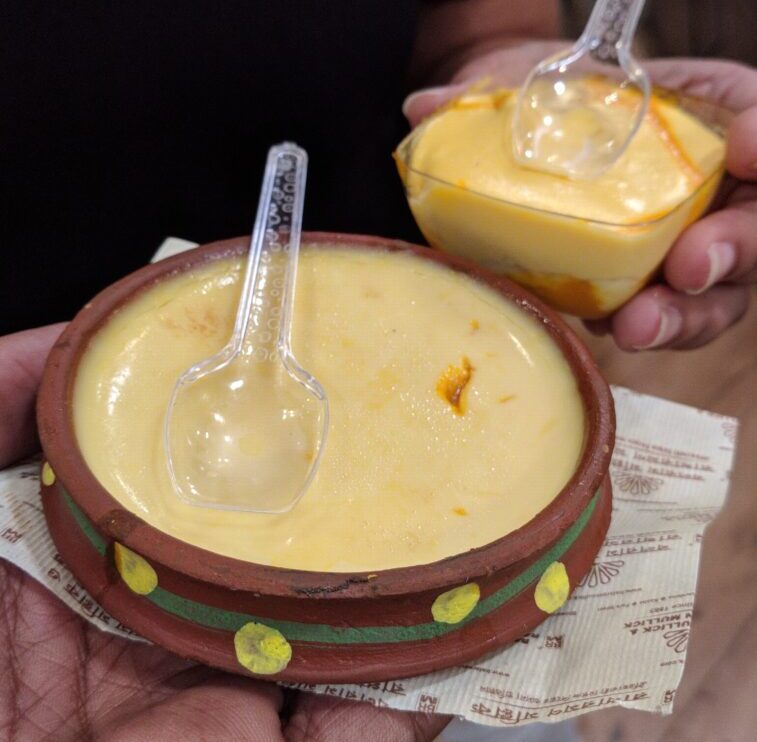 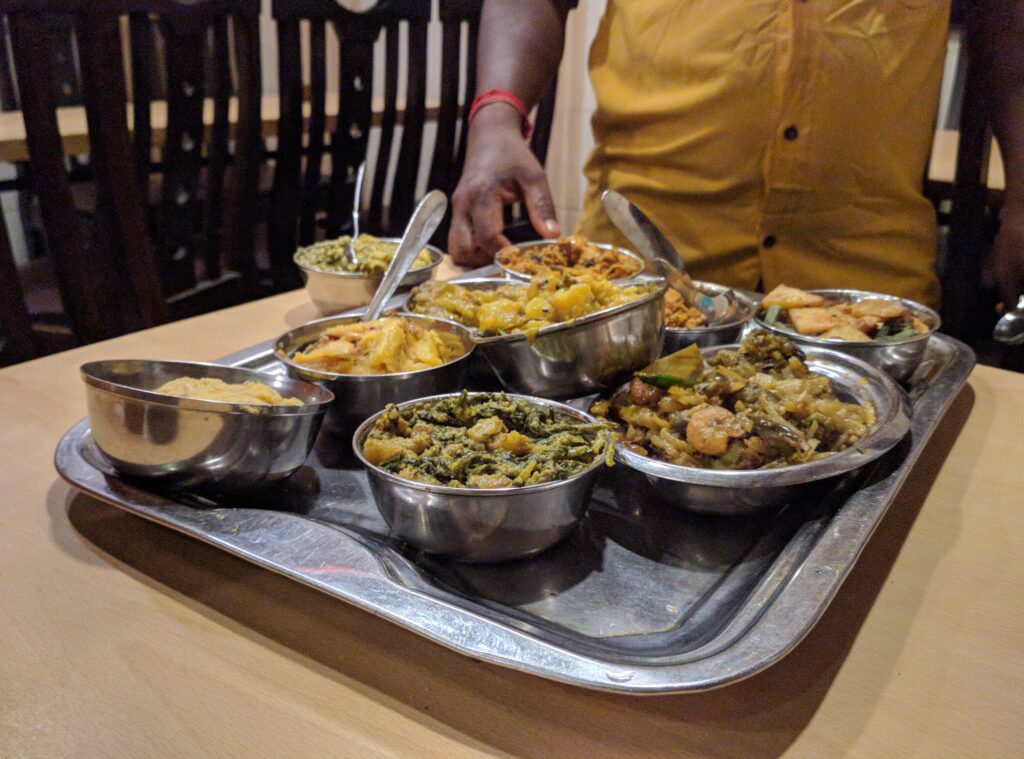 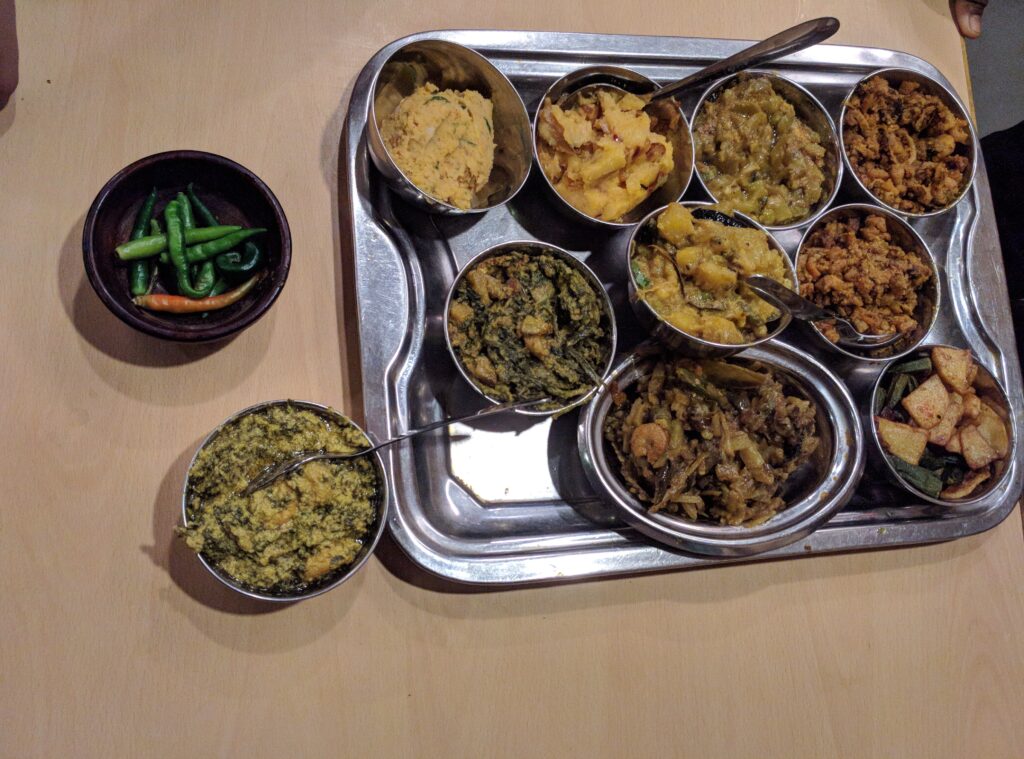 Maybe now you are enjoying your Kolkata journey much of because I was very happy when I was roaming around the streets, seeing those beautiful roads full of a traditional yellow taxi, those people of Kolkata and many more such things.

It would be dinner time and I would recommend one more ancient or you can say an old restaurant in Kolkata to have your meal. Kasturi! a special restaurant that is famous for its way of serving food.

If you landed in Kasturi then just tell the managing person to bring the menu. You will be surprised to see that the menu is not a printed piece of paper but a whole big tray full of foods, whatever you want to eat just pick anyone or many and enjoy your dinner.

Note that they will charge only the food you picked and not any other charges. Non-veg lovers could also get lots of dishes with great taste.
They also told me that if you come in the afternoon time they will have more variety of food.

Places to Visit in Varanasi: No. 2 gonna make you cry

Top 5 holy ghats of Varanasi you should consider visiting